The Monday Roundup: 15 is a lot, anarchy in Paris, Roubaix epic, and more 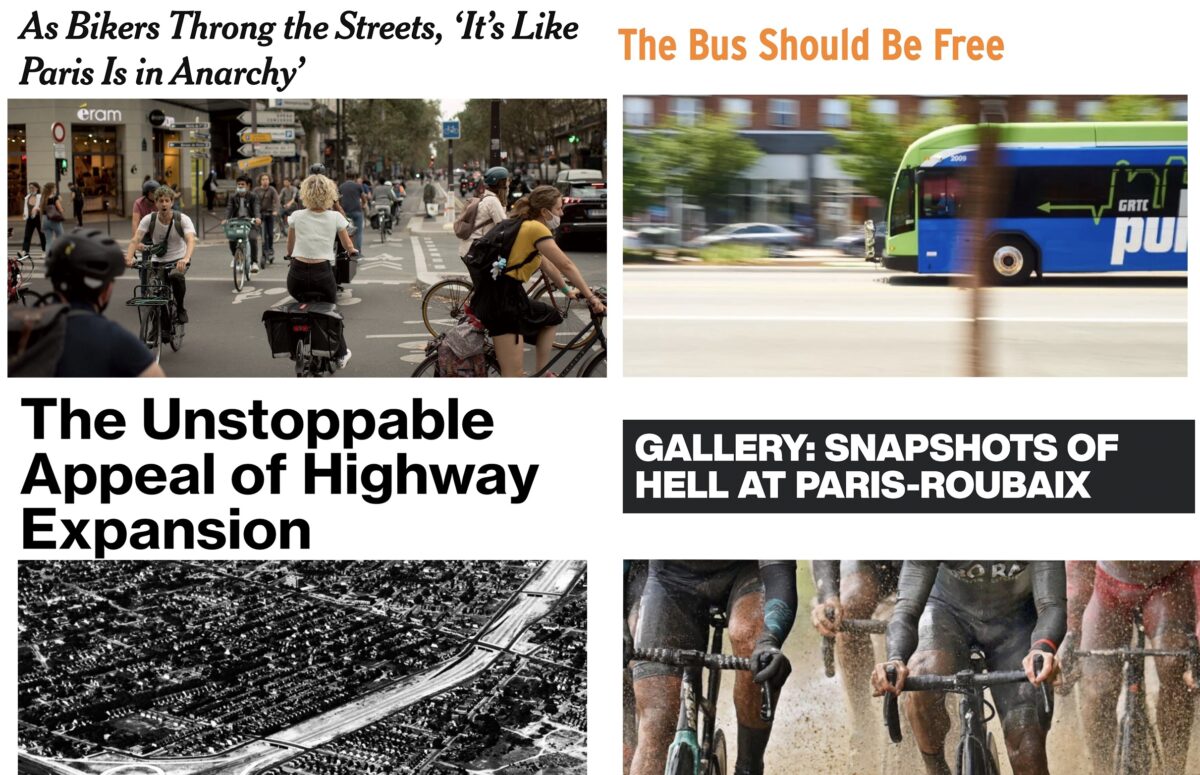 Here are the most remarkable stories that BikePortland editors and readers have come across over the past seven days.

Suitable for America Reference Paper: The New York Times is very concerned about “anarchy” in the streets of Paris as this city goes crazy for biking and shows very unsurprisingly growing pains about to become a cycling mecca for low cars.

20 is too much: All of central London will be a 15 mph zone by next year, as the city takes seriously its goal of eliminating deaths and serious injuries by 2040.

Add it to your favorites: Must read Bloomberg City Lab induced demand article will give you all the background ammo you need in highway combat.

Traffic police: The Freakonomics podcast entered how car culture contributed to the over-policing of people of color in America.

Anti clean energy: The powers that be that control the Oregonian don’t like Portland’s new Clean Energy Fund program. How can I tell? Look at the language they use to frame it: “Spending spree”, “distribution”, “massive infusion of money”, “few strings attached”. And no, this is not an editorial.

Epic Paris Roubaix: One of cycling’s most famous races returned after a Covid absence and fans were treated to an incredibly hellish and exciting race by men and a heroic and historic effort of women.

Look at the work of automotive supremacy: Witnesses believe a teenager driving a huge lifted truck in Texas purposely ran over a group of cyclists, but since he’s just an innocent kid with college aspirations, he’s already been released and his lawyer thinks we should take it easy on him.

Free the bus: We spend so much time debating the need for billions of dollars in government grants for highway expansion, but we still treat buses as a retail product. Here is a good example where buses should be free.

About these trees: Do you feel a little better about your new car purchase because the dealership plants trees for every new car sold? You may want to read this.

PPB is rife: The Portland Police Department used a new city ordinance to traffic tickets, towing cars and arresting people who showed up at a street and slide racing rally in North Portland.

Thanks to everyone who sent us links this week!

– Jonathan Maus: (503) 706-8804, @jonathan_maus on Twitter and [email protected]
– Receive our titles in your inbox.
– Support this independent community media with a one-off contribution or a monthly subscription.