Courtesy of Durango, Riley Amos won the National Men’s Under-23 Cross Country Mountain Bike Championship on Saturday in Winter Park. He will now be able to wear the Stars and Stripes jersey in races around the world for next year. 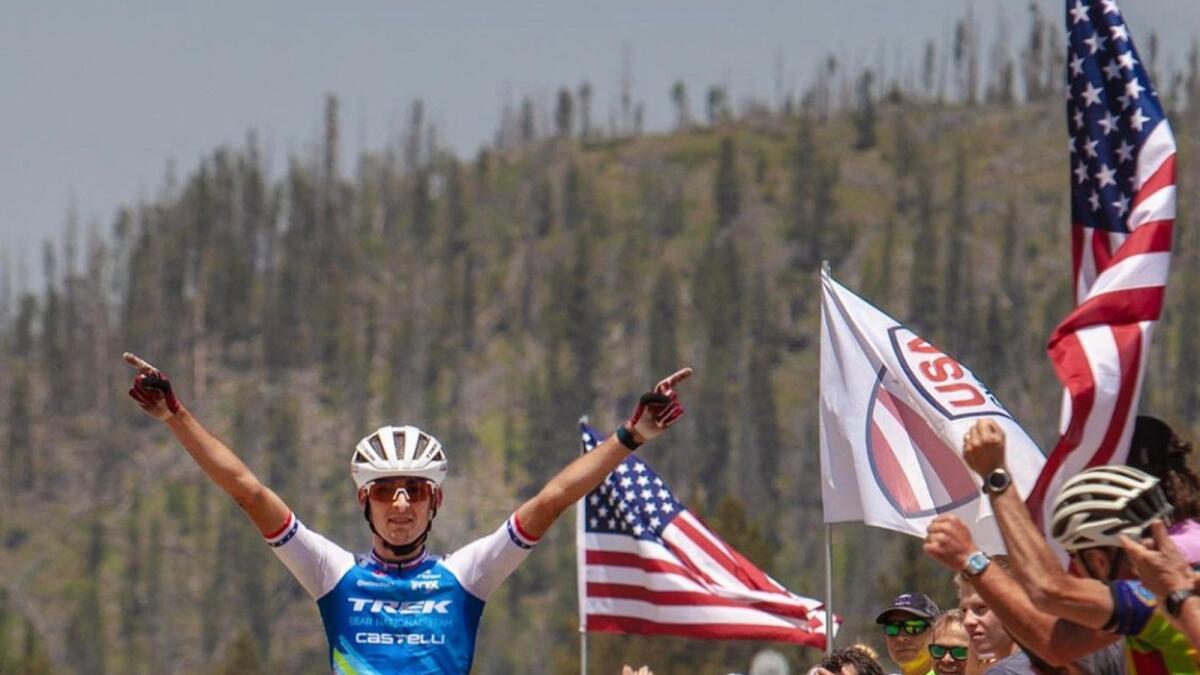 Decision to return to Colorado, age group race pays off for Durango teenager

The first American to win an Under-23 Cross Country Mountain Bike World Cup, Riley Amos knew he had a target on his back in his first national championship race in the age category.

The 19-year-old admitted he wasn’t in his best form on Saturday but did enough to win the four-lap race in 1 hour, 24 minutes, 32 seconds.

â€œThere was definitely a lot of pressure,â€ Amos said. â€œFrom the start of the race and even a few minutes later, I knew it wouldn’t be an easy race to win by any means. I didn’t escape it today, but it’s great to win it.

Robbie Day, another Evergreen Amos Bear National Team athlete who shone in this year’s Iron Horse Bicycle Classic men’s road race, which Amos also won, was second. He finished at 1:14 from Amos. Bjorn Riley of Boulder was third, 1:49 behind.

Courtesy of Durango, Riley Amos came out on top at Winter Park to win a national championship, reinforcing his Under-23 World Cup victory in his previous race in Austria. 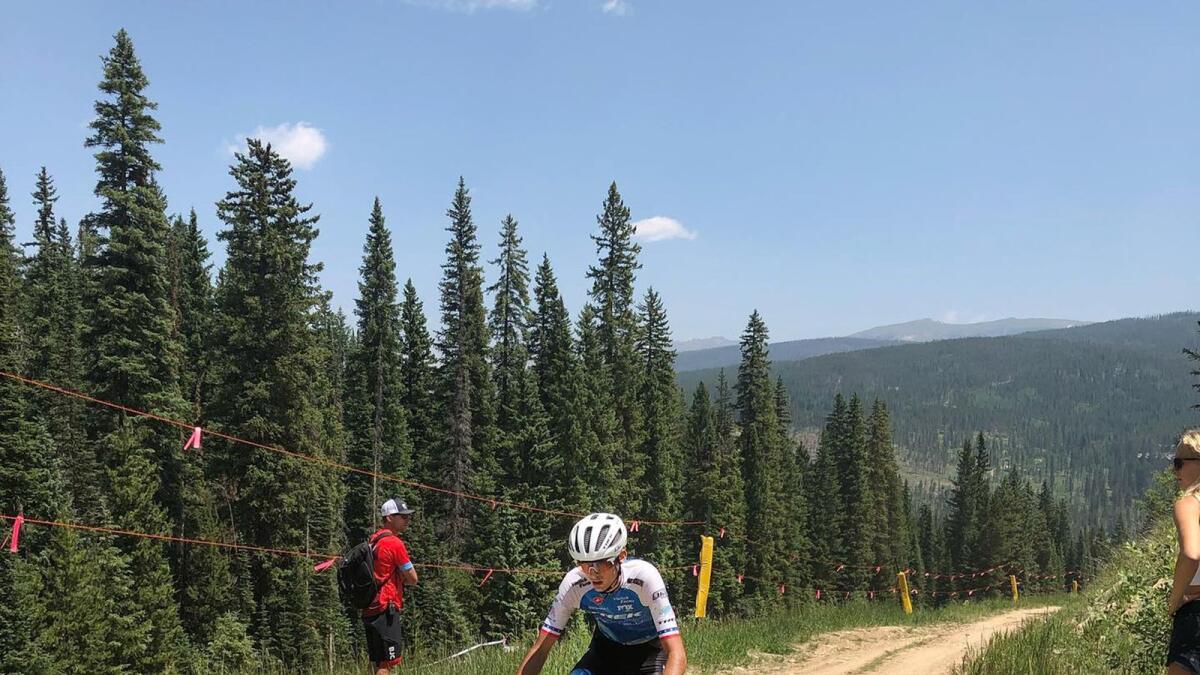 â€œRobbie Day was on absolute tear. At the top of the first lap he was increasing the speed, â€said Amos. â€œI couldn’t hold him back at the top of the climb. In the descent, I got back on his wheel. He made a small mistake in the rockery before the start / finish area and I did everything to get away from him.

Also for Durango, Cobe Freeburn would be ninth, 7:21 behind Amos. William Dowling finished 39th and Garrett Meifert 54th in the 64-runner race.

Amos had debated whether to stay in Europe after his World Cup victory, which was his second podium in his first three career U23 World Cup races, so he could stay in the overall title race for the season. But he decided not to stay longer than originally planned so that he could attend the national championships and return home to Durango.

Due to his early successes, many have asked him if he would skip the Under-23 race at the national championships and jump straight into the elite men’s pro peloton at just 19. But Amos has said he wants to win at least one Stars and Stripes jersey as a U23 rider. before making this movement.

Courtesy of Durango, Riley Amos faced tired legs and a strong field of male under-23 riders on Saturday at the U.S. National Mountain Bike Championships. He won the race by more than a minute in his first year in the age category. 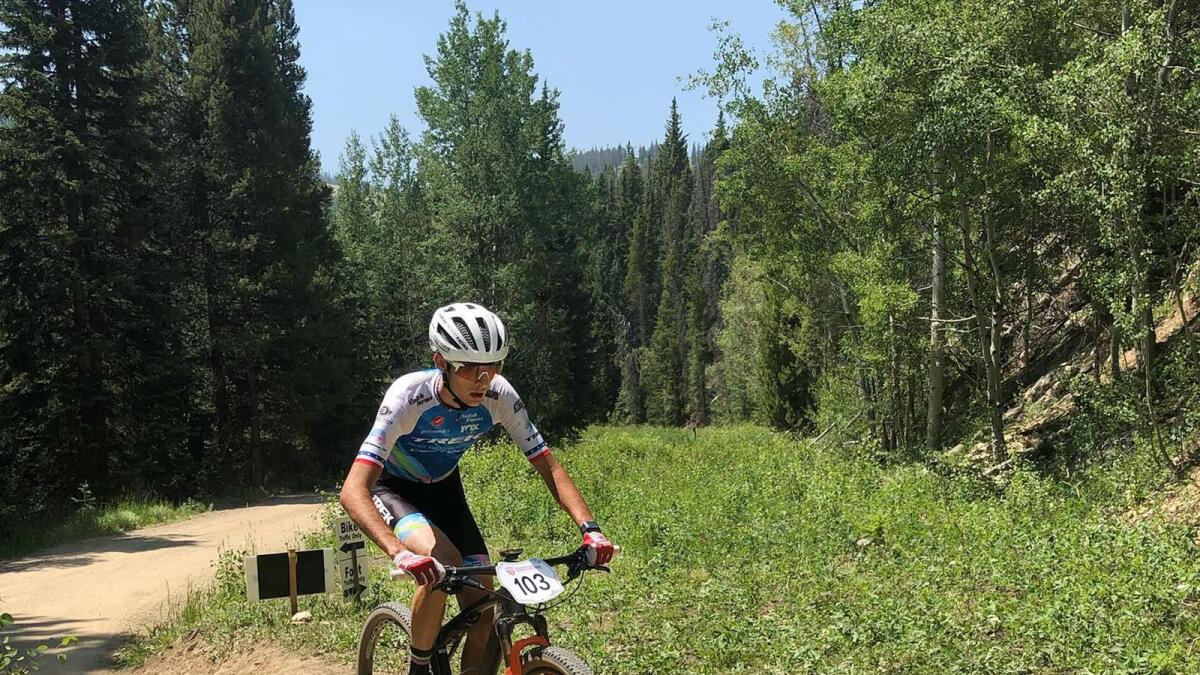 â€œIt has been such a good week to see my teammates have incredible success as well, to see everyone from Durango having incredible success,â€ said Amos. â€œIt gave me so much life. I’m glad I got home, ran with some friends and had such a great week. It gave me back my taste for sport for the rest of the season. “

Amos will compete in Sunday’s short track championship race. And when he returns to Europe in several races over the next year, he will be proud to wear his new national championship jersey.

â€œHaving this jersey is an amazing feeling, and it’s going to make me even hungrier for next year,â€ said Amos. â€œA lot of people have asked me if I will be racing with the elite guys this year, but I’m really happy I didn’t do it in my first year in this U23 class. I want to wear this jersey to the last two World Cups this season. It’s huge to wear it for the year. This is what I wanted to do for the chance to carry the flag on the world stage all next year.