Obituary: Norman Hill, Bernard Tapie and Heiko Salzwedel were three very different men and were important to cycling in different ways. Ed Hood looks back on their lives through the words of people who knew them well.

In recent weeks we have lost three important personalities within our King of Sports. Two that you will have heard of and one name may not be so familiar to you, although its words have graced our pages. This man was Norman hill, never a big star but a man who has done everything, road, Belgian Kermis scene, track – including the six days, followed by big cars, even cyclo-cross. We interviewed Norman once or twice. 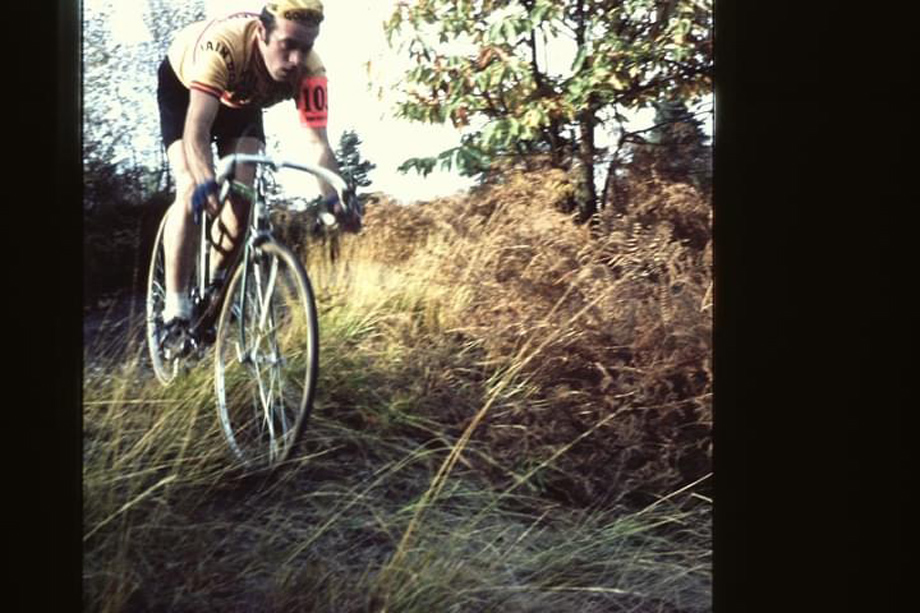 Norman has stayed in touch and we have always welcomed the views of a man who; ‘had the T-shirt.’ We thought it would be nice to hear what people who knew him well had to say. Former American professional and six-day man, Tim mountford who partnered with Norman for the six days said:

“Sadly, Norman Hill’s family have informed me that Norman passed away on Friday morning, October 1, 2021, of heart failure at the age of 82 in their current hometown of Vancouver, Canada.

Norman was loved by many across Europe, England and North America; we all appreciated his ever-present smile and positive attitude. I met Norman in Rotterdam, the Netherlands in 1971, where he was living then and was well known in the press for his exploits and popularity in cycling. Norman first left England for Switzerland in the 1960s to work as a mechanical engineer for a building elevator company and to pursue his love of cycle racing. He was fluent in German and later Dutch and had many friends all over Europe while traveling and participating in professional cycle races. As many of us know, Norman’s favorite events were the Six Day and Motor Paced (Staher) Track Events and the Dutch 100km Town Summer Criteria. 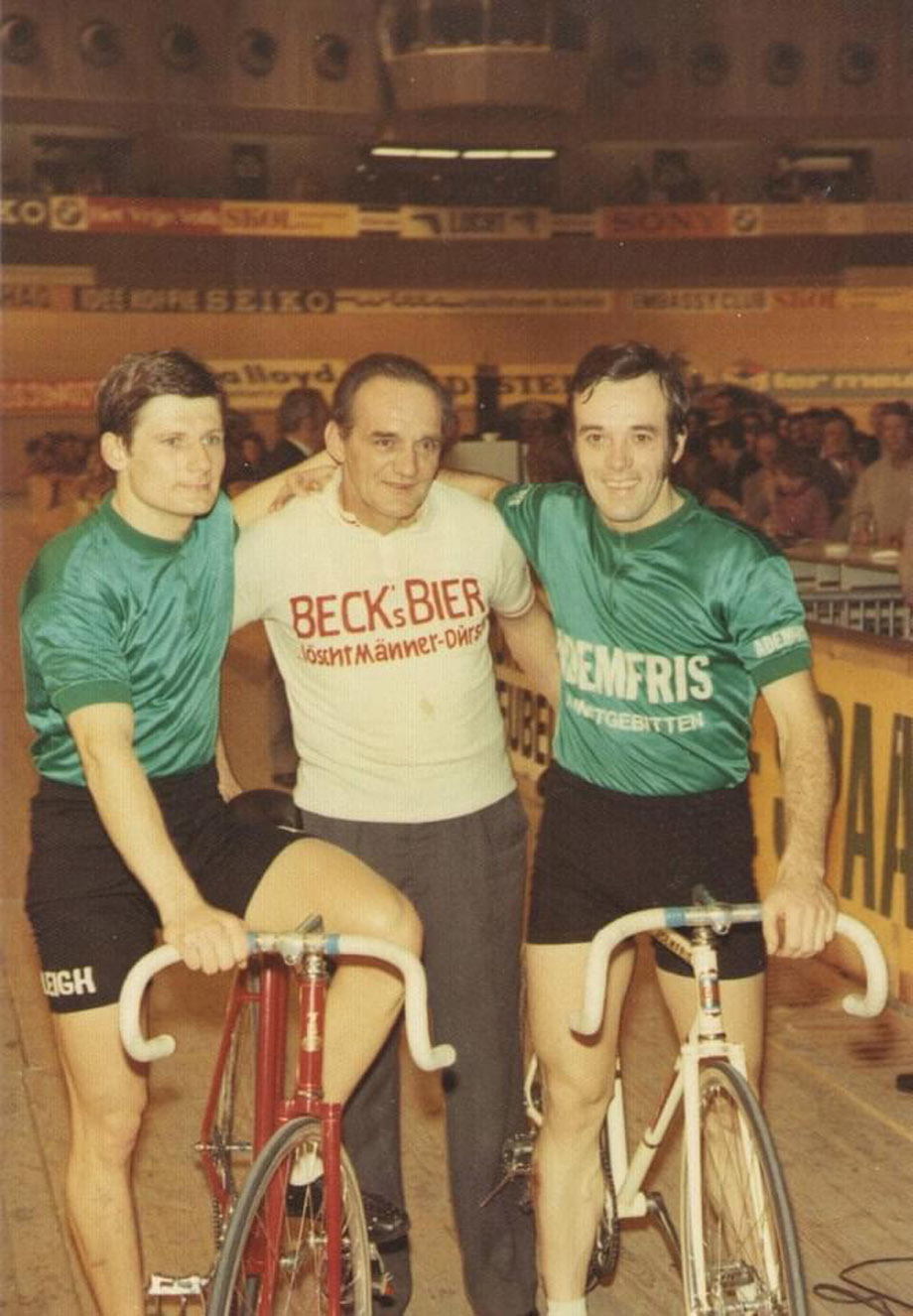 He started his six-day professional races in 1967 with races in London, Zurich, Rotterdam and Montreal where he teamed up with Bill Laurie of Australia. His Six Day career continued until 1974 with the Detroit Six Day. I took part in two six-day races with Norman in Rotterdam and Zurich, and we have traveled together on many races across Europe. Norman met his future wife, Harma, in the winter of 1972-73 during the six-day race from Groningen in northern Holland. Harma was the official queen of the race honoring the runners with flowers for their victory lap each night of the race. Norman informed all of the runners in the race that he was instantly drawn to Harma as soon as he saw her, and he went out of his way to win various events each night during the six days of racing just to be able to do a victory lap with it. sitting in front of him on his bike. She was a good sport about it and seemed to enjoy Norman’s attention. One evening, while doing a lap of honor on Norman’s bike, Harma’s shoe fell off. Norbert Seeuws and a few other runners couldn’t resist and began to nail his shoe to the edge of the track. Harma, showing his strong business personality, “Ok boys, that’s enough” and asked the runners to get his shoe back so the race could continue.
During the following months Norman made numerous trips from Rotterdam to Groningen to visit Harma.

At the time, he was living with me in Rodenrijsstraat north of Rotterdam, and he never stopped smiling when he came back from Groningen. Several months later, after competing in the Los Angeles Six Day Race, Norman and Harma got married and moved to Vancouver, Canada, where Norman opened a bicycle store and then started a consulting business in elevators while Harma pursued a successful career in interior design in North America and Asia. . They had a beautiful daughter whom they named Michelle who is currently in business with her mother. Norman and Harma have been married for 47 years.

RIP my friend. We will all miss you dearly. 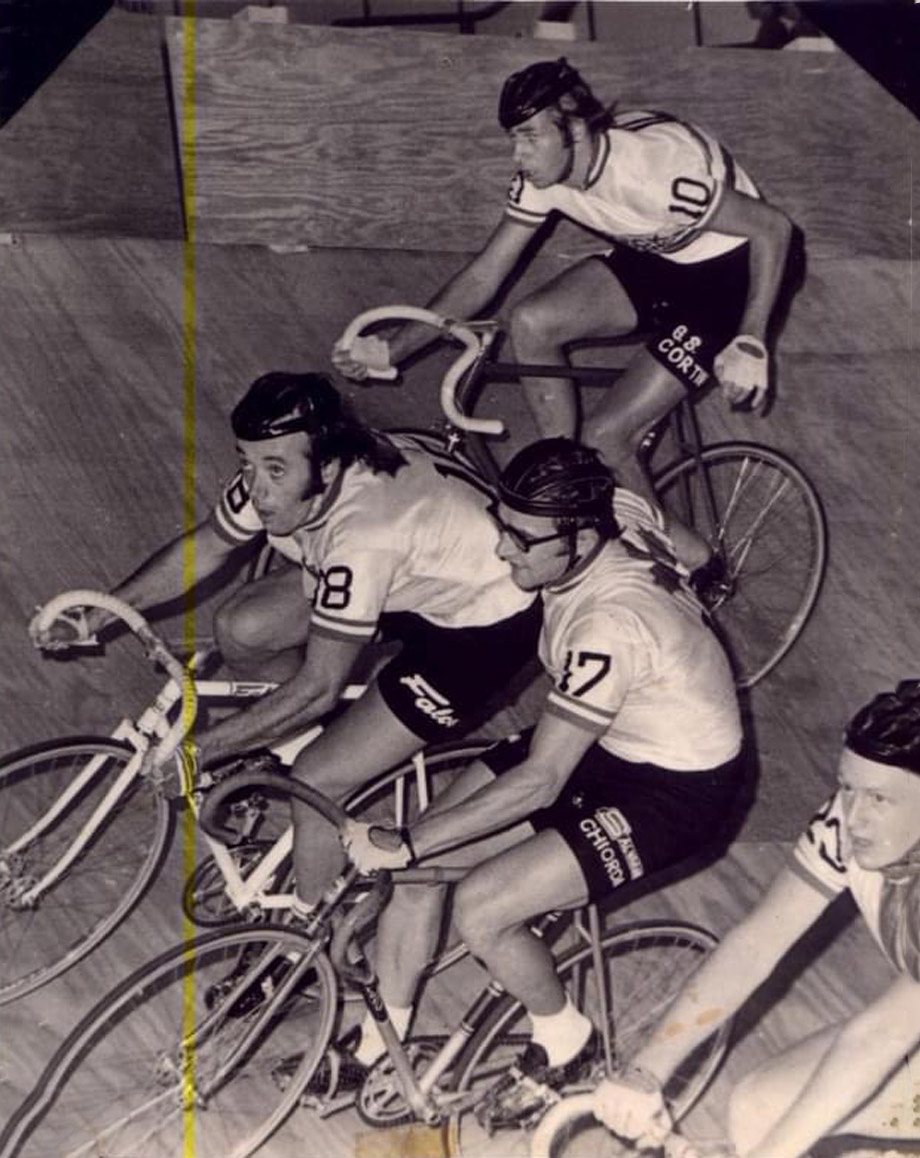 “I met Norman, his wife Harma and their daughter Michelle in 1995 when they visited us in Germany because Norman and my father were close friends. Norman invited me for the following year to visit him in Vancouver, so I went there. I was 21 and he treated me like a son. I have never met someone so caring, kind and lucid. He became something like my ‘second dad’ and whenever I had a problem or was desperate I would call Norman and Harma because they were always so rational, saw the big picture and me. gave good advice. I already miss him dearly and his death leaves a void in me. The world is a colder place without Norman. He admired my father and later helped me put together information for my book on my late father. Thinking of Norman makes me smile and I will cherish the memories forever. 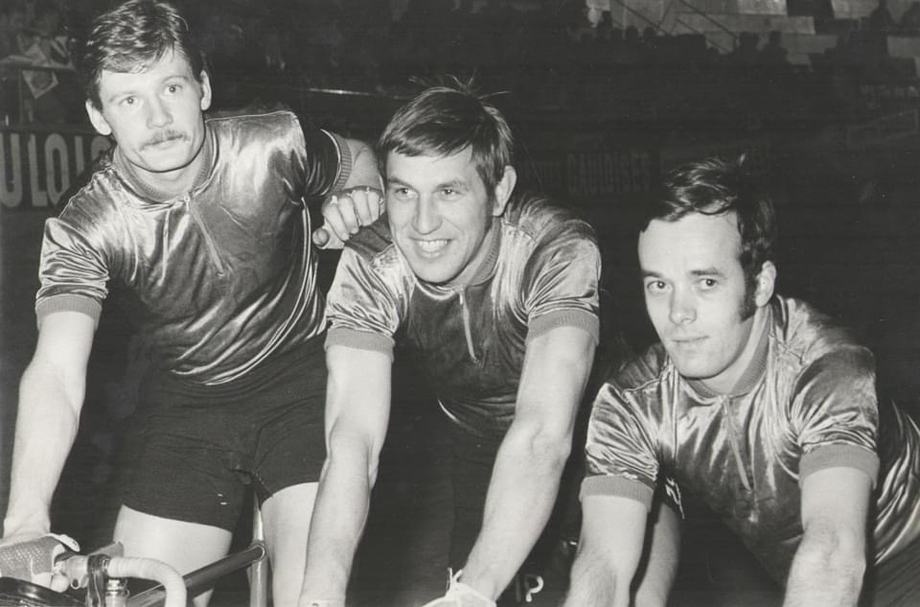 The second loss that sport has suffered in recent days is that of the French entrepreneur, Bernard Tapie, the man responsible for riders starting to get paid their fair value and bringing the avant-garde to team clothing. 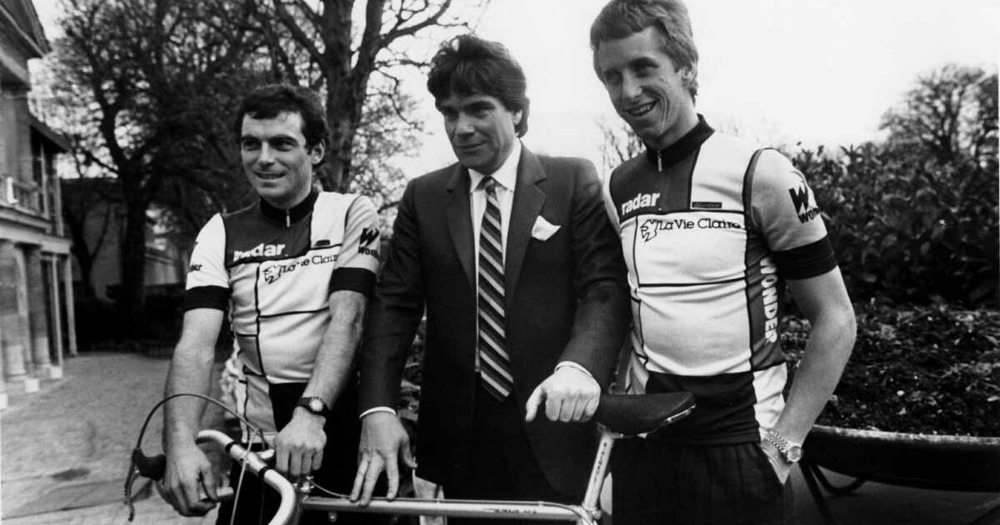 “We learned this morning of the sad death of Bernard Tapie, he passed away peacefully surrounded by his family at the age of 78. The” Extravagant “businessman, government minister, former racing driver, singer, TV host and actor from the Paris suburbs, was diagnosed with stomach cancer four years ago. Among his business interests, he owned sportswear giant Adidas for three years. His football club Olympique de Marseille won the French championship four times in a row and the Champions League in 1993. [Neither of the above ventures came without controversy, we must add.]

He also owned the health chain La Vie Claire and after Bernard Hinault fell out with Cyrille Guimard his former boss at Renault Elf Gitane, Hinault and Tapie created the La Vie Claire racing team which would become one of the teams. strongest professional cycling team of all time. The team won the Tour de France in 1985 and 86. 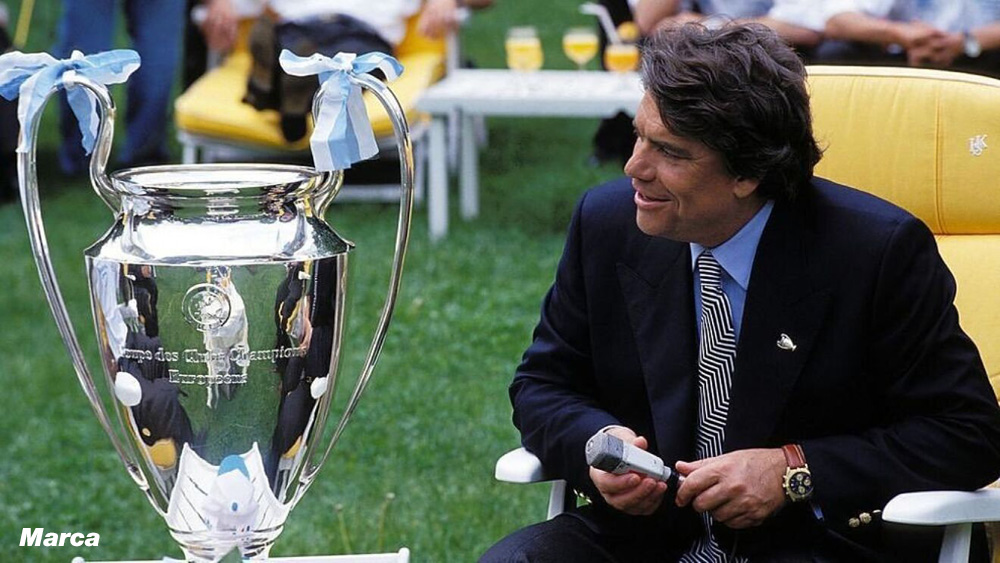 And Shelley Verses, famous first female Sports Healer and a lady whose words also graced our pages worked for the mercurial Frenchman, said this:

“Today we say goodbye to my team owner, the charismatic Bernard Tapie. He was a larger than life man who made his grand entrances like no one else I have ever met. I thank him for allowing me to be part of the most powerful team at the time in the pro men’s peloton. And I thank Bernard for allowing the runners to negotiate the wages they really deserve. On several occasions during our team’s service journey, Mr. Tapie came running, at a million miles an hour.

He owned the organic health food chain called La Vie Claire, one of my team sponsors. One day he stopped to kiss me and chat for a moment that was always so fun. That day he was telling me how good a job I was doing, as I distributed the team clothes in 25 open suitcases for my riders, while simultaneously loading the team cars and trucks for the next ones. shopping on the loading dock. He sat down on a suitcase and had a drink with me. He asked me about my family… what my parents did for work. I told him that my father was a plumber and that I am of Greek origin. He told me that his father was also a plumber, which of course I never believed. He said that explained why I was such a hard worker, which made me laugh! 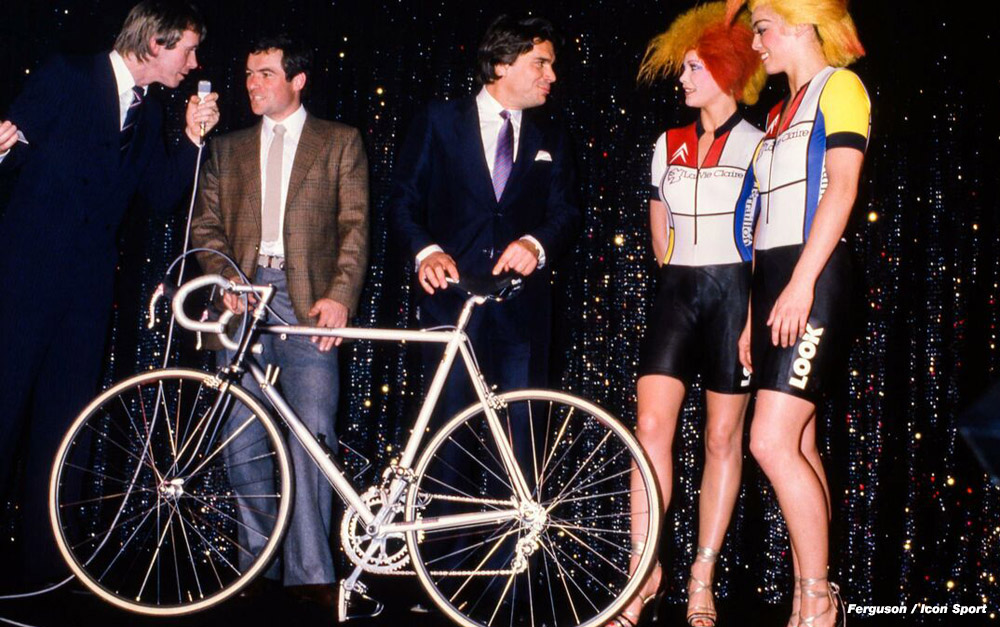 Another day he took me to the hotel after a stopover to tell me that if I was going to wear a bikini top at the finish line I would put team stickers on it. Again, quick kisses and off you go. He arrived in his helicopter to see the riders before the start of the Tour de France in Berlin. He was in 007 mode because he had to get back to Marseille in time for the start of the football match. He was president of the Olympique de Marseille football club.

In our lifetime, we may not meet many people like Bernard Tapie. I’m not only grateful that I worked for him, I can say my life was very, very exciting when he was there.

May God bless his wife and family, and may his memory last forever. Thank you Bernard, your friend Shelley ” 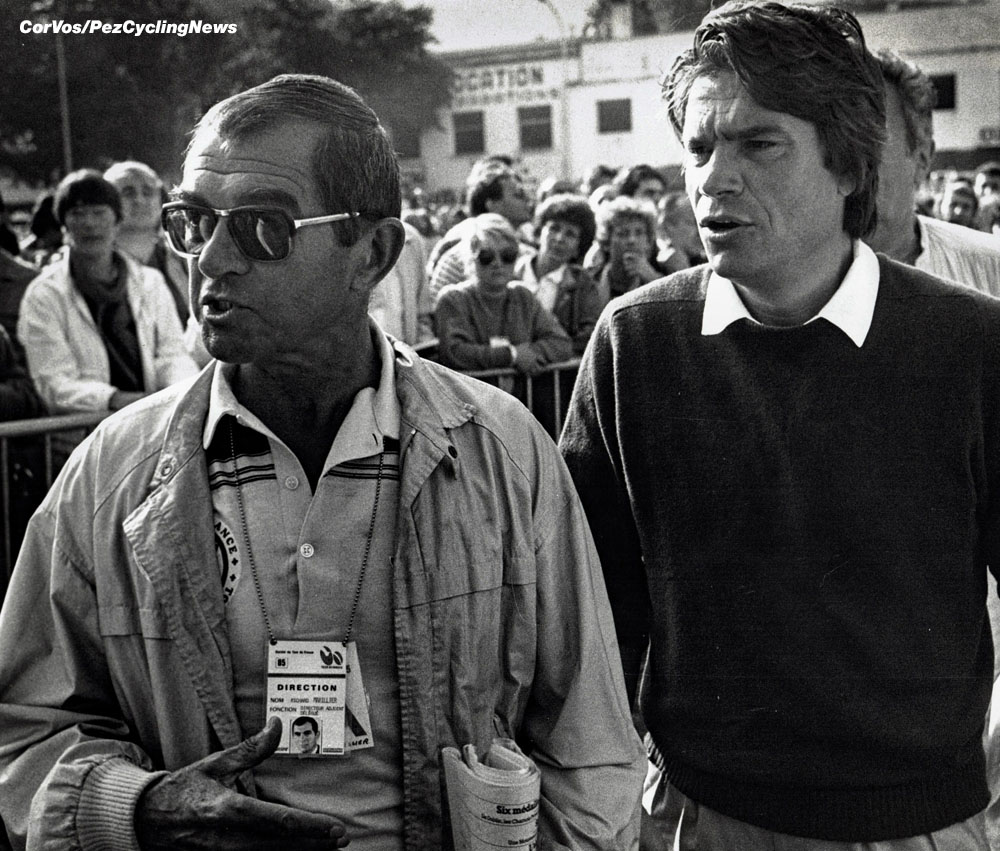 Finally, we come to another man whom we have lost and whose words have graced our pages, Heiko salzwedel. 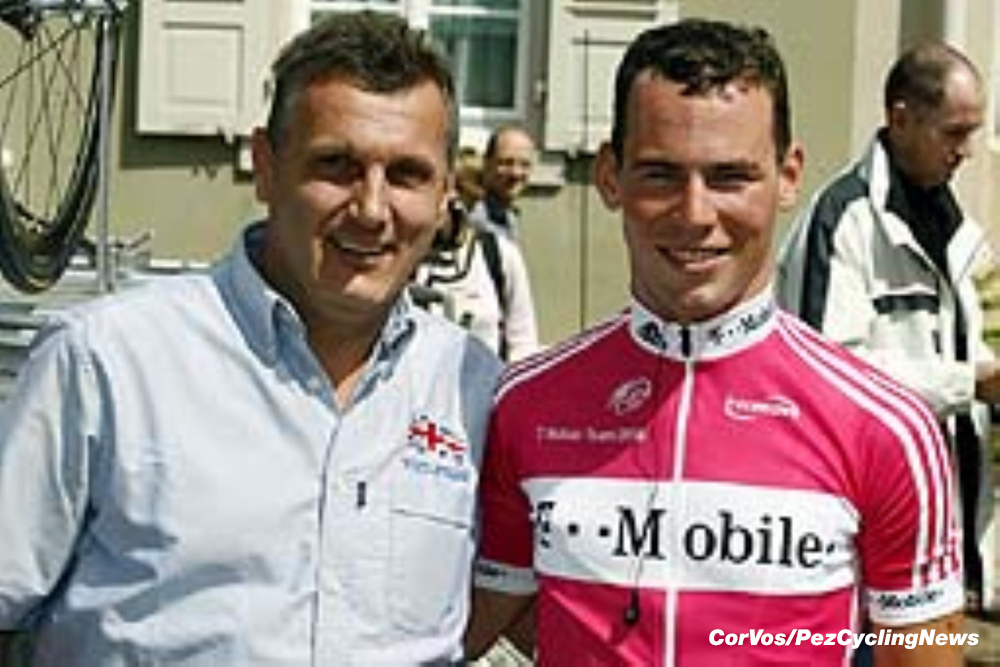 PEZ editor-in-chief Alastair Hamilton once wrote a nice tribute to Heiko, but knowing the man as I did having interviewed and met him several times over the six days, I thought I had to contribute. 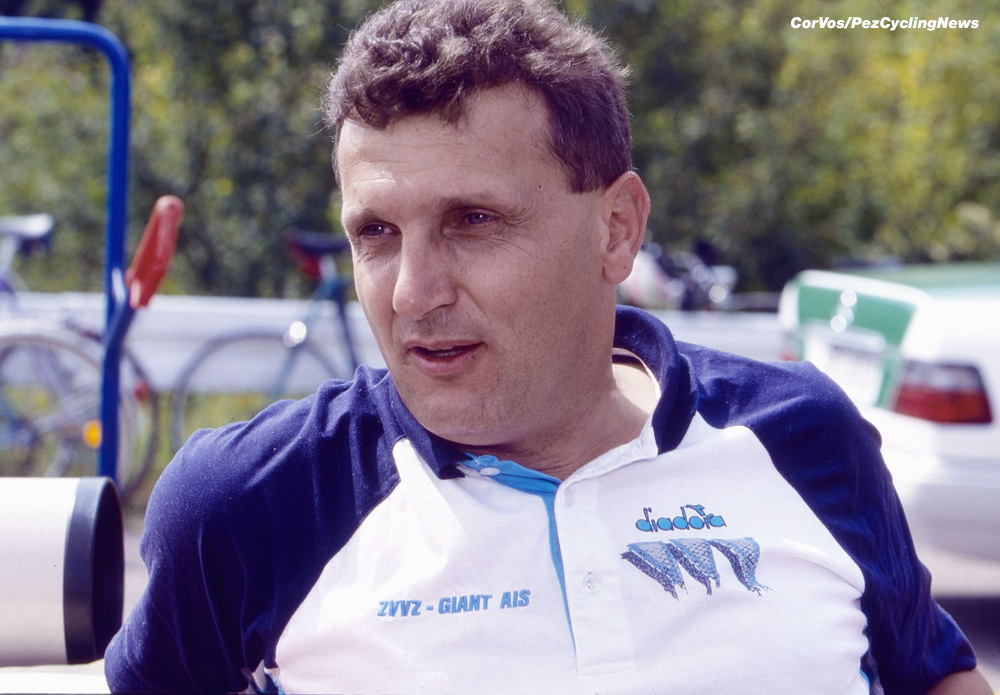 First the words of his former manager, the Olympic champion Madison 2000, not to mention the man on the front line of the six days, the Australian Scott McGrory who said:

“I am very saddened to learn of the passing of Heiko Salzwedel. A longtime coach, he has built successful programs (and people) in East Germany, Australia, Great Britain, Russia, Denmark and Switzerland. It was always a pleasure to see him at the various major events around the world where our paths crossed. She was a person I always took the time to seek out and greet. Heiko’s journey through cycling is quite extraordinary, he has played a big part in the careers of riders like Brad Wiggins, Mark Cavendish, Geraint Thomas, Pat Jonker, Henk Vogels, Robbie McEwen, Jens Voigt and many more.

Here are two quotes he was famous for at the time. “If it doesn’t kill you, it only makes you stronger.” “There is no such thing as bad weather, just bad clothes.” He had been in a coma since having a pulmonary embolism four weeks ago. He will be sorely missed. “ 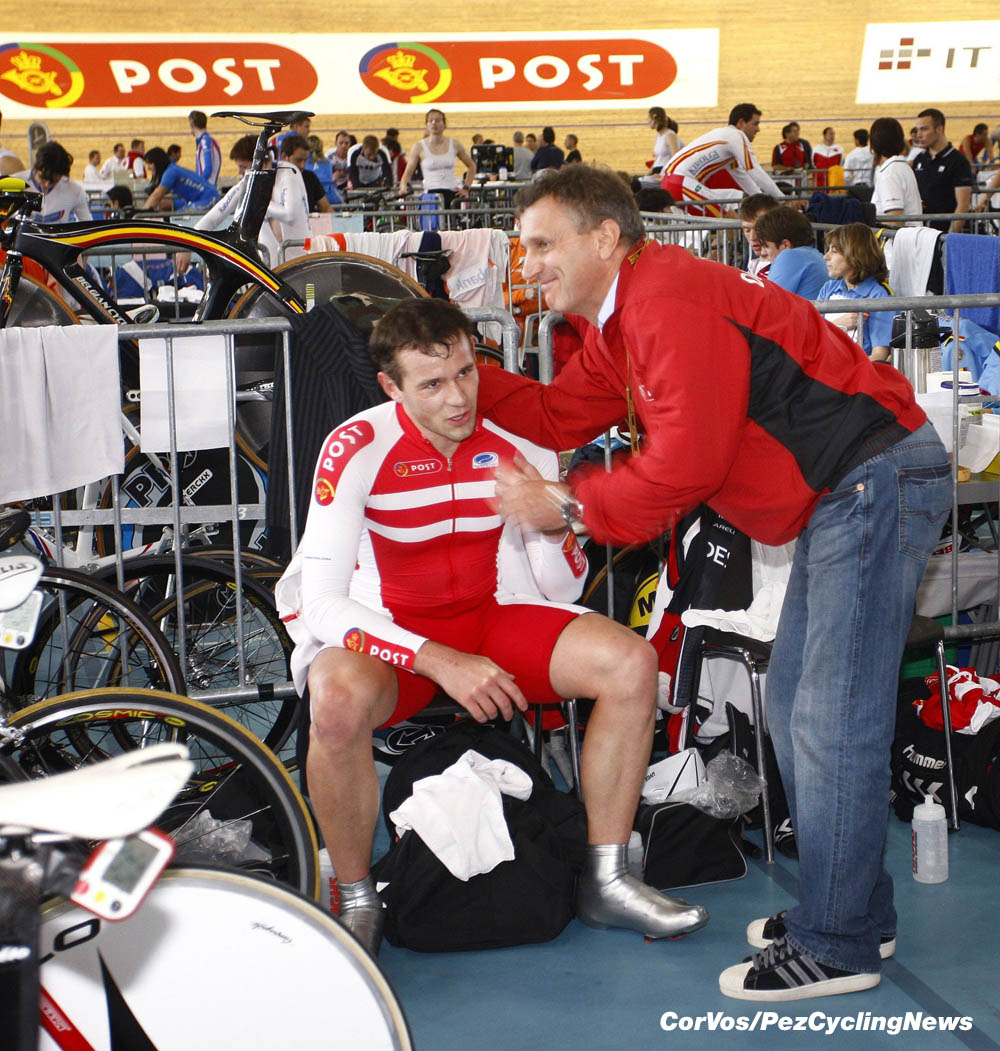 While a former world champion and Olympic medalist, Alex Rasmussen from Denmark, said another man trained by Heiko;

“When we started our 4,000-meter Olympic team pursuit project, we were driving around 4:15 am for the four-kilometer run. After working with Heiko for four years, we drove 3h53. Over a decade later, Denmark is now at 3:42 following pretty much the same recipe Heiko cooked for us back then. 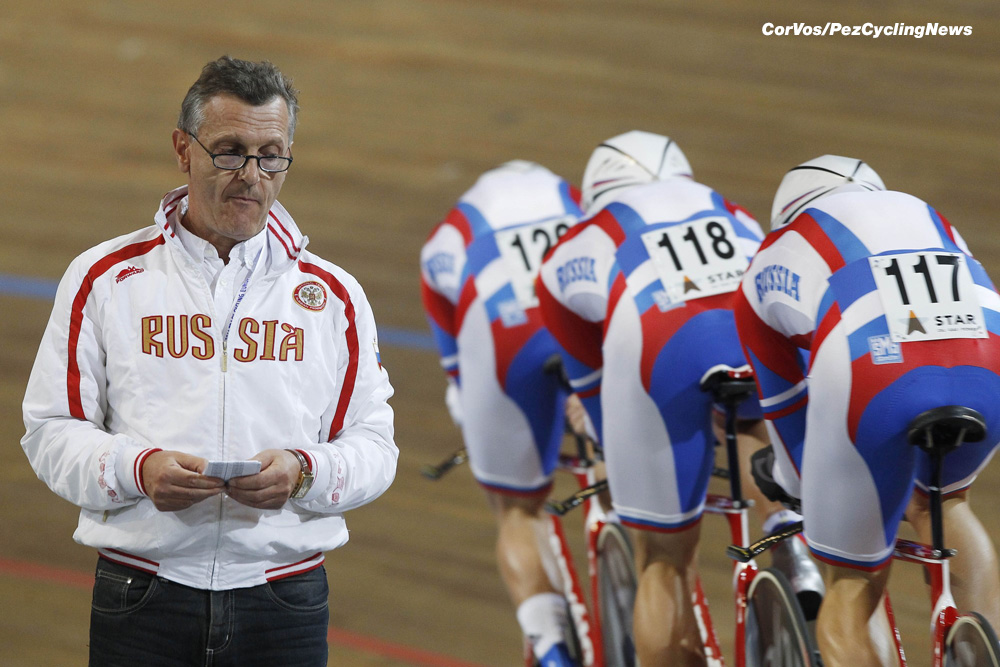 # With our thanks to all of the above contributors for allowing us to use their words; the world of cycling is the poorest for the passage of these men.
Rest in peace Normand, Bernard and Heiko. #

Like PEZ? Why not subscribe to our weekly newsletter to receive updates and reminders on what’s cool about road cycling?